The Rise and Fall of Robert Maxwell

Join the bestselling author of A Very English Scandal for the jaw-dropping life story of business tycoon Robert Maxwell.

In February 1991, the media mogul and former MP Robert Maxwell made a triumphant entrance into Manhattan harbour aboard his yacht, the Lady Ghislaine, to complete his purchase of the ailing New York Daily News. Crowds lined the quayside to watch his arrival, taxi drivers stopped their cabs to shake his hand and children asked for his autograph. But just ten months later, Maxwell disappeared from the same yacht off the Canary Islands, only to be found dead in the water soon afterward.

Maxwell was the embodiment of Britain’s post-war boom. Born an Orthodox Jew, he had escaped the Nazi occupation of Czechoslovakia, fought in World War 2, and was decorated for his heroism with the Military Cross. He went on to become a Labour MP and an astonishingly successful businessman, owning a number of newspapers and publishing companies. But on his death, his empire fell apart, as long-hidden debts and unscrupulous dealings came to light.

Within a few days, Maxwell was being reviled as the embodiment of greed and corruption. No one had ever fallen so far and so quickly. What went so wrong? How did a war hero and model of society become reduced to a bloated, amoral wreck?

Journalist and author John Preston has interviewed everyone from Rupert Murdoch to Peter Mandelson, from Alistair Campbell to Nicholas Coleridge; seeking to uncover the true Robert Maxwell. Now he joins us to deliver a definitive account of his extraordinary rise and scandalous fall. 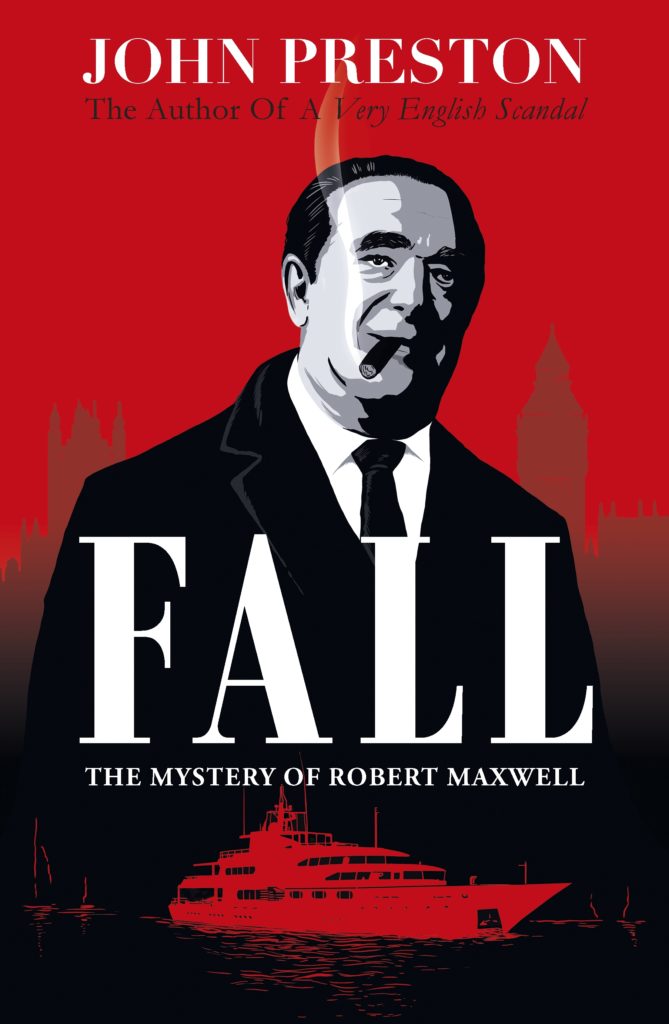 John Preston is a former Arts Editor of the Evening Standard and the Sunday Telegraph. For ten years he was the Sunday Telegraph‘s television critic and one of its chief feature writers. His most recent book, A Very English Scandal, was published to great acclaim in 2016 and turned into a major BBC programme. His 2007 historical novel The Dig has been adapted into a new major motion picture starring Ralph Fiennes and Carey Mulligan.