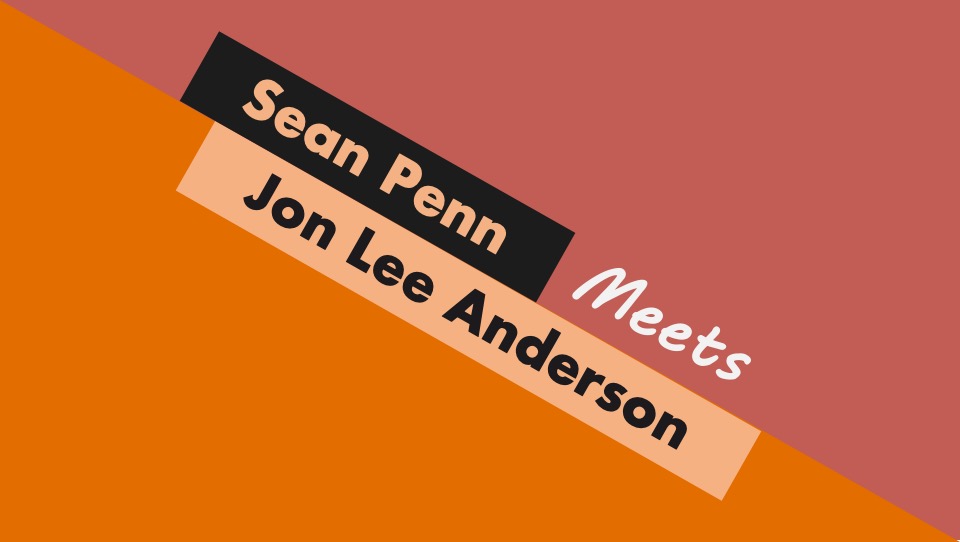 The Academy Award winning actor and the legendary New Yorker reporter reflect upon the state of the world in 2021.

Sean Penn is a veritable icon of American cinema. An Oscar winner for his leading roles in Mystic River and Milk, his prowess and versatility as a performer have earned him a further three nominations from the Academy, alongside Best Actor awards from Berlin, Cannes and Venice for his parts in some of the most important and critically acclaimed films of the last three decades – from Dead Man Walking to 21 Grams.

Alongside his glittering career in cinema he has become one of the industry’s most outspoken and passionate advocates and philanthropists, from campaigning against the Iraq war to founding the humanitarian nonprofit CORE in the wake of the 2010 earthquake in Haiti – an organisation that continues to strengthen communities affected by crisis to this day.

In this exclusive livestream event, Sean meets the legendary New Yorker correspondent Jon Lee Anderson, whose career spans more than two dozen conflicts around the world. Together they will bring their unique perspectives to bear on the state of the world in 2021, and consider what we can all do to ensure a better future for our planet.

To learn more about CORE’s work, please go to https://www.coreresponse.org Sean Penn is an American film actor, director, screenwriter, and producer. He has authored two satirical novels and has written for Rolling Stone, The Nation, San Francisco Chronicle and several other outlets. In the aftermath of the 2010 earthquake in Haiti, Penn founded the nonprofit CORE, which operates in vulnerable communities throughout the United States and internationally.

Jon Lee Anderson is an American journalist and author. A staff writer for the New Yorker magazine, he has specialised in reporting on political violence during his career, and has covered over two dozen conflicts around the world. He has authored a number of books, including Guerrillas, The Fall of Baghdad, and Che Guevara, a Revolutionary Life. He lives in Dorset, England.