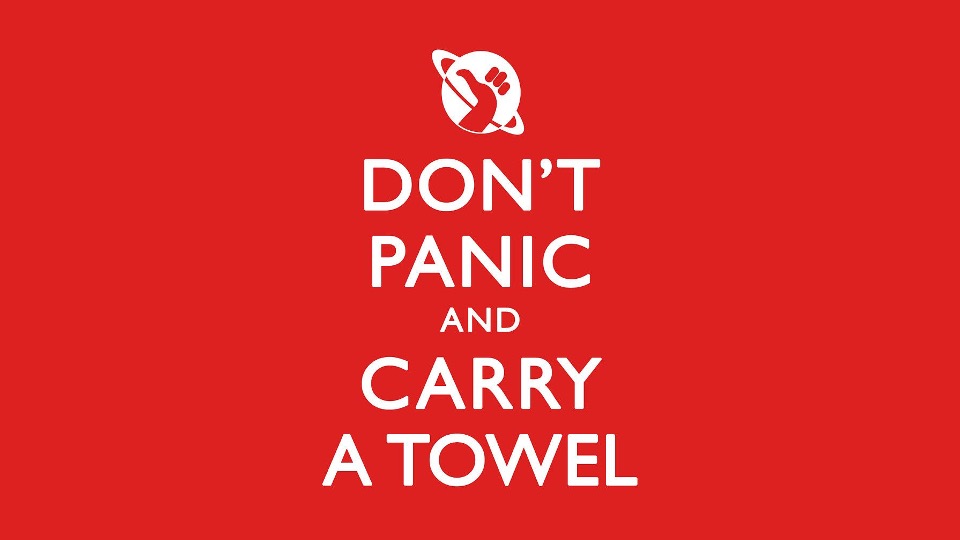 Don’t Panic! The 42nd Anniversary of ‘The Hitchhiker’s Guide to the Galaxy’ Celebration

Richard Dawkins and Chris Riddell In Conversation With Robin Ince

Hold onto your towel and prepare to discover the answer to life, the universe and everything with Douglas Adams’ friend Richard Dawkins, illustrator Chris Riddell and comedian Robin Ince.

Forty-two years ago a young Cambridge graduate and radio scriptwriter dreamed up a comic adventure starring a hapless Englishman, a paranoid android, and a guidebook with outspoken views about life on planet Earth – and the galaxy was never quite the same.

Whether your first encounter with this seminal science-fiction masterpiece took the form of the original radio series, the novel, television show, stage adaptation, vinyl LP, video game or 2005 movie, the story of Arthur Dent, Ford Prefect, Trillian and Zephod Beeblebrox transcends any given form. The Hitchhiker’s Guide to the Galaxy is, quite simply, a phenomenon.

A whimsical satire on the foibles of life in the late 20th century; the zenith of the maverick, surreal humour pioneered by Monty Python, Peter Sellers and Terry Pratchett; a tribute to science, technology and human rationality that is deeply heartfelt and delightful at every turn: Hitchhiker is all these things and many more.

With live drawing by Chris Riddell, illustrator of the new 42nd anniversary edition of the novel, and reflections from Richard Dawkins on his friendship with Douglas and love for the book, this is an unmissable, one-of-a-kind tribute to one of the most loved works of imaginative storytelling ever produced in the British isles. 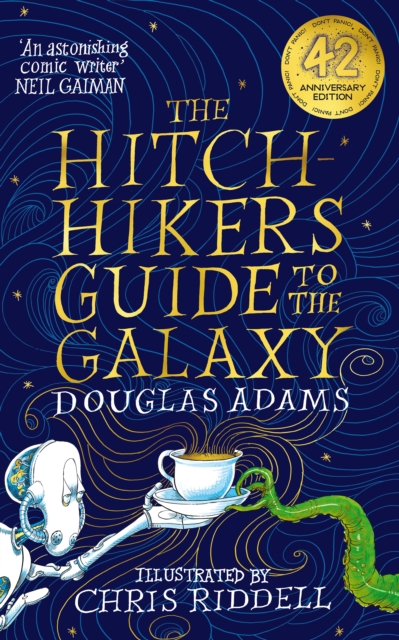 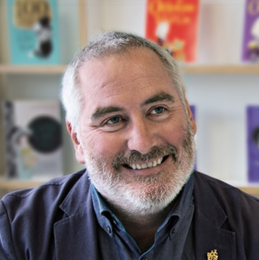 Chris Riddell is a much-loved illustrator and acclaimed political cartoonist. He has won the Costa Children’s Book Award, the Nestlé Gold Award and is the only artist to have won the Kate Greenaway Medal three times, most recently for his illustrations in The Sleeper and the Spindle. He was Waterstones Children’s Laureate from 2015 to 2017 and has illustrated the work of many celebrated children’s authors, including five Neil Gaiman titles and J.K. Rowling’s The Tales of Beedle the Bard.

Robin Ince is the co-presenter of Radio 4’s multiple award winning The Infinite Monkey Cage. He spent 2019 appearing across the world in the Universal tour with Brian Cox – travelling from LA to Oslo, Wellington to Aberdeen and ending up in Reyjavik after shows at the 02 and Wembley Arena. Robin co-wrote How to Build a Universe (part 1) with Brian Cox and his most recent book is I’m a Joke and So Are You, a book about why we become who we become and how we deal with it.